Learn how to use FlowCanvas

While technically Constructor and Extractor nodes are Function nodes, they are well worth mentioning separately. Both Constructors and Extractors can be found under the relevant type of which you want to Extract or Construct, like for example (“Functions/Reflected/Vector3”).

Contructors are easy to understand. Simply put, they construct a new object (usually a struct) out of its several components. So instead of having a fixed Vector3 variable, you can construct one out of its three components x, y, and z. 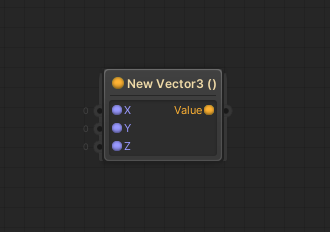 Extractors on the other hand, are quite the opposite. They take an object (again, usually a struct), and expose their components for you to use. Within the Extractor Node inspector, it is possible to select which components of the object you wish to expose to output ports. 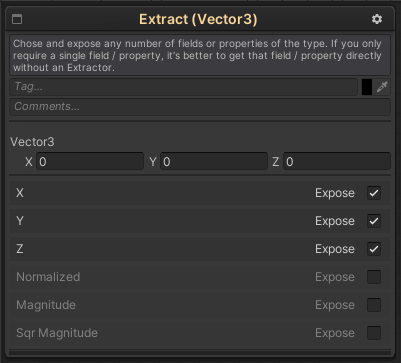 Was this helpful? Yes No Suggest edit
9 of 9 users found this section helpful
« FunctionsVariables »